There is nothing on the Facebook and Instagram accounts of arrested photojournalist Kamran Yousuf that would convey that he was not a ‘real journalist’, as claimed by the National Investigation Agency (NIA). In fact, he has posted an array of diverse pictures reflecting various aspects of life in the Kashmir Valley, not only those about the ongoing turmoil that the Central agency has objected to.

The picture uploaded by him on Facebook on September 3, a day before his arrest, captures the silhouettes of two peasant women walking in a field against a setting sun. Another is about a woman begging outside a prayer ground on Eid last year. There is one that zeroes in on a small boy offering Eid prayers alongside adults. Another picture also shows sunset.

However, by the NIA’s standards, Yousuf wouldn’t qualify as a journalist as the “moral duty of a journalist” is to cover the government’s “developmental activity”.

According to the investigative agency, “He (Yousuf) had never covered any developmental activity of any overnment Department/Agency, any inauguration of a hospital, school building, road, bridge, statement of political party in power or any other social/developmental activity by state government or Govt of India,” the NIA said in its chargesheet against Yousuf. “Kamran Yousuf had hardly taken any video of such activity and video or image of any such activity can rarely been seen in his laptop or mobile which clearly show his intention to only cover the activities which are anti-national and earn money against such footages”.

But even if we go by the NIA’s definition of a journalist, Yousuf does fit the bill. For he did cover activities organised by the government too. “He covered blood donation camps of the Army and also attended their Iftar parties,” his maternal uncle Irshad Ahmad told Tehelka. “Besides, he also covered sports events organized by the District Police Lines, Pulwama. These photographs were covered by the local media.”

Ahmad, however, said that some such events that his nephew covered were not reported by the media. “But this was not Yousuf’s fault. His job was only to take pictures and send to newspapers. It is the discretion of the newspapers to publish them,” he said.

Yousuf was a freelance photographer, contributing pictures and videos to local newspapers and some television channels. He is the only child of his long divorced mother Rubeena Yousuf, a clerk at a private school drawing a monthly salary of 5000. Yousuf himself earned a pittance from his work, most of which, Ahmad said, he spent on himself.

“It is my father (Yousuf’s grandfather) who looks after the family,” Ahmad said. “We were waiting for Yousuf to get a regular media job. And he too was working overtime to click the best pictures to help him get recognized and find a salaried job”. And to do so, Yousuf often threw himself in harm’s way, being among the first to reach the encounter sites. He would be around to cover stone pelting protests and militants’ funerals, the stories that are in demand about Kashmir more than any government development activity or an official function which anyway have little news value.

And then he would put these pictures on social media to advertise his work. “May be, this did not go down well with the security agencies,”

Now the family doesn’t know what to do. “If he was with J&K Police, we would know what to do, whom to meet. But we have no access to NIA,” Ahmad said.

When asked whether Yousuf was involved in stone throwing as the NIA chargesheet states, Ahmad said, “Once in 2013 when he was very young and not a journalist he was arrested by the police for stone pelting but let off the following day. Never again. Then he chose journalism as his profession and he reported stone pelting rather than participate in it”.

The NIA arrested Yousuf for alleged stone-pelting and mobilising support against security personnel through social media, the charges vehemently denied by the family. His mother Rubeena has been the hardest hit by her son’s arrest. She has been left alone and is apprehensive about his release. Yousuf is her only hope. “It is very painful for her to reconcile to the state of affairs,” said Ahmad. “She is hopelessly waiting for his return”.

The family’s hopes have been raised by support from media and national and international journalist organizations. The Committee to Protect Journalists has sought immediate release of Yousuf and termed NIA’s definition of a journalist as “way out of its league”.

“India’s National Investigation Agency (NIA) is way out of its league and has no business defining what ‘a real journalist’ should cover,” said Steven Butler, CPJ’s Asia programme coordinator. “Kamran Yousuf’s work taking photographs of conflict… is a public service in the best spirit of journalism. He should be freed immediately,” Butler said.

The Network of Women in Media in India has asked the NIA not to teach journalism. “Being the Central Counter Terrorism Law Enforcement Agency, the NIA is obviously not aware of the duties of journalists, moral or otherwise. We would like to inform the NIA that the basis of credible journalism is to ask questions about happenings in society and relay verified information to the public, without fear or favour,” the NWMI said in a statement. “Reporting
inaugurations of public works by the government or army is the job of government and army PROs. Surely, the prestigious NIA knows the difference between a journalist and a PRO?”

Similarly, Kashmir Editors Guild, an organisation of editors of the newspapers published in Kashmir has too sought immediate release of Yousuf, saying he was a photographer who worked for various media outlets. “It has been a long time since Yousuf’s arrest that the investigators have probed almost all angles of his supposed involvement. So far, nothing has been proved as the charge sheet suggests,” the statement said. “It is high time that Yousuf is permitted to move out of jail and resume his routine and help his mother, the only relation he has, in surviving honourably. His release will contribute to the strengthening of democracy and right to free speech.”

In the Valley, the NIA’s arrest of Yousuf along with Hurriyat leaders has generated anxiety about the Central investigation agency’s broadening remit in the security affairs of the state, enabling it to take action even against alleged stone pelters and those posting stuff on social media. This state of affairs has turned the state government into little more than a spectator. Unlike in the past, the crackdown against separatist groups is being presided over
directly from New Delhi.“The raids have created an uncertain state of affairs. They are a piece of the Centre’s policy of an iron-fisted approach towards Kashmiri leaders and supporters of the ongoing Azadi movement. The big question is, whether such measures help the cause of peace in Kashmir?” says Naseer Ahmad, a local columnist. “If the past is any guide, such measures, though unprecedented in their ferocity now, have in the past done little to ameliorate the situation. One can only hope that New Delhi understands the futility of the use of force and harsh measures to control the situation in Kashmir, sooner than later.” 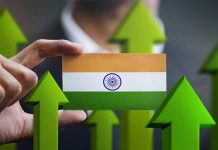