Mumbai Police has arrested the owners of ‘1 Above’ pub, Abhijeet Mankar, Kripesh Sanghavi and Jigar Sanghavi in connection with the Kamala Mills fire that claimed 14 lives on December 29.

The owner of the pub Abhijeet and co-owners Kripesh Sanghavi and Jigar Sanghavi were on the run since the day of the incident. Abhijeet was arrested from Marine Lines, and the Sanghvi brothers were apprehended from Andheri.

“Now our teams are in search of Yug Tulli, owner of Mojo’s Bistro pub, who is also on the run,” a police official said.

On December 29, a major fire that broke out in a building in Kamala Mill of Mumbai’s Lower Parel claimed 14 lives and injured more than 20. 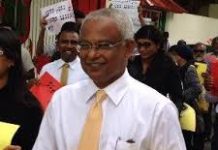