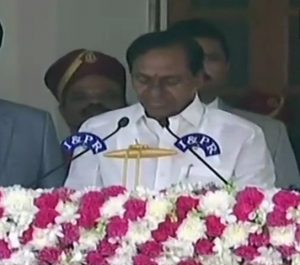 Telangana Rashtra Samithi (TRS) President K Chandrasekhar Rao on Thursday sworn in as the chief minister of Telangana for a second time.

The ruling TRS government won with a huge majority in the Assembly elections winning 88 seats out of the 119. The Congress managed 19 seats and the Telugu Desam Party (TDP) two. The All India Majlis-e-Ittehadul Muslimeen (AIMIM) won seven seats, and the Bharatiya Janata Party (BJP) bagged only one.

Popularly known as KCR, Rao was unanimously elected the leader of the TRS legislature party on Wednesday. 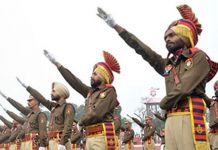