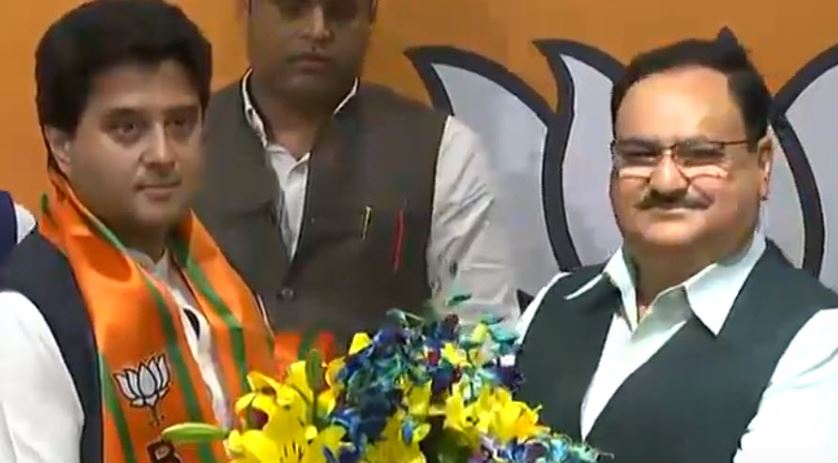 He joined the BJP in presence of party president JP Nadda.

Scindia had ended his 18-year-old association with the Congress yesterday.

Jyotiraditya Scindia in his resignation letter to Sonia Gandhi had said it is time for him to move on.