The development comes three months after Bieber announced that he was diagnosed with the Ramsay-Hunt Syndrome, which had caused him partial facial paralysis.

The 28-year-old Grammy winner, who was set to perform in New Delhi on October 18 as part of ‘Justin Bieber Justice World Tour’, had said on June 15 that he was putting a pause on his world tour due to illness. 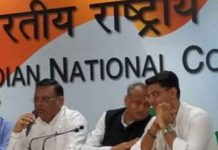