Justice Indira Banerjee, Justice Vineet Saran and Justice K.M. Joseph were sworn in as Supreme Court judges on Tuesday. Chief Justice Dipak Misra administered the oath to the three judges in his courtroom.

Despite objections elevated by the judges including members of the collegium comprising Justices M B Lokur, Kurian Joseph and A K Sikri on the seniority issue concerning Justice K M Joseph. There was no change in the seniority of the judges as determined by the warrant of appointment signed by the President last week.

With the appointment of the three judges, the Supreme Court’s total strength of the judges has gone up to 25 against the authorized strength of 31. 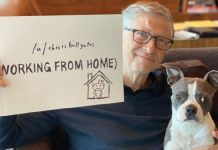