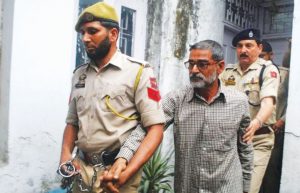 More than a year after an eight-year-old girl was gangraped and murdered at Kathua in J&K, a court in Pathankot sentenced three men — Sanji Ram, Deepak Khajuria and Parvesh Kumar — to life imprisonment till last breath. Ram was the mastermind and caretaker of the ‘devasthanam’ (temple) where the crime took place in January last year, Deepak Khajuria, a Special Police Officer and Parvesh Kumar, a civilian.

The other three accused in the case–Sub Inspector Anand Dutta, Head Constable Tilak Raj and Special Police Officer Surender Verma — have been convicted for destruction of evidence to cover up and sentenced to five years in jail and 50,000 fine each.

The court acquitted the seventh accused Vishal Jangotra, son of Sanji Ram. He was got the ‘benefit of doubt’, persuading court to let him off, according to Mubeen Farooqi, the victim’s lawyer.

The judgement has been welcomed across the country. The ghastly crime had shaken the country last year and triggered countrywide protests in support of Justice for the victim. The people all over India had protested the crime, including cricketing and Bollywood celebrities.

Even the United Nations secretary general Antonio Guterres had termed the gangrape and murder a “horrific” incident and asked the authorities to ensure justice. In major cities, some really large protests had been held, in some cases, people even performing on the streets to draw attention to the crime. In fact, some videos doing rounds online had shown some singers musically expressing their horror.

But at the same time, sections of society in Jammu rallied in support of the accused. Soon after the crime, a massive rally was held at Kathua to demand the release of the accused. The rally organized by Hindu Ekta Manch was headed by a BJP state secretary. Over time, the Hindu Ekta Manch garnered support from more sections of the civil society including the Jammu High Court Bar Association which organized a bandh in support of the CBI probe into the crime. The BJP too adopted an ambivalent approach towards the demand, with some of its leaders choosing to play both ways.

But the conviction and punishment to the guilty has brought a fitting closure to the crime, thanks to the efforts of the team of J&K Crime Branch which investigated the case. The team professionally did its job unaffected by the political polarisation that marked the fallout of the crime.

Three officers — Ahfad-ul-Mujtaba, Ramesh Kumar Jalla and Naveed Peerzada — brought out a 15-page charge sheet which nailed the truth. The charges said the eight-year-old girl was kidnapped and raped in captivity in a small village temple after keeping her sedated for four days. She was later bludgeoned to death later, it said. The team’s work has now been praised by PDP leader Mehbooba Mufti who was Chief Minister at the time.

And with the court issuing the verdict, the politicization of the case has also come to an end. What has also helped the matters is that the decision has followed the end of general election. Hence little need for the parties to politicize the issue. For once, J&K has come together to hail the verdict, joined this time by the entire country. Away in the mountains herding their livestock, the parents of the eight-year-old girl are happy about the judgement – albeit, not satisfied about the quantum of the punishment. “It is good that the guilty have been punished. The justice was long awaited,” said the victim’s father. “But I wish they should be hanged for the crime committed
by them”. 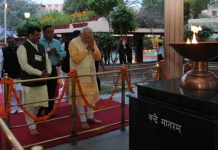 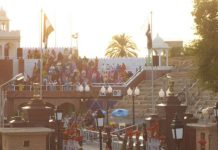