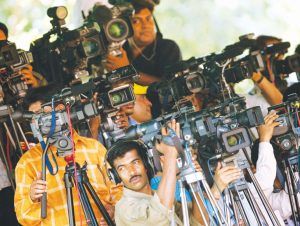 A unique healthcare initiative, taken up by a press club in Guwahati, where practising physicians are invited for preliminary health screening and consultations, becomes an issue of discussions among conscious residents of the pre-historic city. Various physical tests of weight, hypertension, blood sugar, haemoglobin, thyroid level, liver & kidney function, bone density, pulmonary function etc are occasionally conducted during the out-patient-department (OPD) clinics for diagnosing the health status of journalists along with their families.

Meet Basundhara (not her real name), who often comes to Guwahati Press Club in central part of the city to meet friends and killing extra time. Though she is working on the news desk of an Assamese newspaper, she had never worked as a mainstream reporter. Coming to the press club, she finds friends from print, television along with alternate media and takes the opportunity to hang out there.

In one of her such visits, she was asked to check her thyroid level in the weekly clinic. Reluctantly Basundhara gave blood samples to the attending health workers. She also got her blood pressure & sugar checked in the camp, which was found normal. Next day, as the laboratory reports arrived at the press club office, Basundhara was informed to receive her pathological account.

Astonishingly she was diagnosed with high thyroid (stimulating hormone) level. After consultations with an attending doctor, Basundhara found the reason for her recent unusual weight gaining and also losing of her energy & joyfulness. For her consolidation, thyroid disorders can be treated with proper medical intervention and she comes to know that every fourth Indian today suffers from thyroid-related problems.

Nandita (name changed) normally comes to the press club only when there is a meeting of media persons as she lives on the outskirts of Guwahati. Soon after her meetings, she continues gluing to her smart phone. She never showed interest in attending the OPD clinics at the club premises. Once she was insisted by her friends to check her blood pressure. When she did so, the nurse diagnosed with very low blood pressure (around 70 by 50 mmHg). The attending doctor had a long chat with Nandita  and could convince her to take precautions for her own future.

A number of similar cases with irregular physical health parameters were diagnosed after the active press club endeavored the mission. Housing nearly 300 regular members who are professional journalists working for local, national and international media outlets, the club authority organizes many regular programs like ‘Meet the Press’,

The series of health camps now emerge as an important initiative for the scribes along with their dependants. Started with initial supports from Dr Jayanta Bardoloi, managing director of Assam’s well-known Dispur Hospital in raising a doctor’s chamber at the club premises in August 2016 the endeavor has already completed 100 such sittings and helped diagnosing many journalists and their family members with various health disorders.

Till date, most of the hospitals based in Guwahati, an emerging healthcare hub in eastern India, have supported the initiative by sending their practicing physicians in rotation for the media clinics.

Even specialists from various distinguished healthcare institutions, based in other parts of the country, like Apollo Hospital (Chennai), SIMS Chennai Hospital, Manipal Hospital (Bangalore), Fortis Hospital (Bangalore), Medanta the Medicity Hospital (Gurgaon) among others have graced the camps. They were simultaneously encouraged by the post-event coverage in both the mainstream and alternate media outlets.

Abhinandan (not his real name), a young photo journalist died of a massive heart attack due to high blood pressure. He recently got married and had a minor baby. Everything was normal for Abhinandan on the fateful day. He felt little uneasy in the morning hours and so preferred to take rest at home. But his physical conditions only deteriorated. Finally he was admitted to a local hospital where he died next day.

“Abhinandan never attended the free OPD clinics at our club. He always avoided the camp arguing that the doctors would discover some diseases in me. Better I am happy now,” said a press club office assistant adding that Abhinandan might have never checked his health status. A simple check for hypertension and subsequent medication could have saved his life, he asserted.

In a statement, the scribe’s forum asked the media fraternity to take advantage of the weekly health camps of the press club. Otherwise, they should ensure similar healthcare consultations in alternative places, commented the forum.

It may be noted that around 90% of media persons in the alienated region remain out of medical insurance coverage. Most of the journalists, engaged with regional newspapers and news channels, earn small salaries and nominal other benefits. Hence, they can barely afford healthcare expenditures and end up depending on government facilities, often reported incompetent. In many cases, when the medical emergencies strike their families, they have no options other than asking for financial supports from well-wishers.

Even though the camps are primarily organized for the benefit of press club members with their relatives, any journalist with his/her dependants is welcomed to participate in the clinics. At the same time, other media organizations of the alienated region are also being encouraged to take similar initiatives for enhancing the health status of their supports and eventually empowering the healthcare journalism in the country.

Finally, meet John (a rural journalist from Jayantia hills of Meghalaya), who recently came to the press club when an OPD clinic was going on. He was asked to participate in the camp, where a random test revealed that John’s sugar level was almost 400 mg/dL. The doctor had a long conversation with John, who was in his fifties, and asked him to follow a few guidelines. Once the session was over, a nervous John came out of the chamber and made a muted comment, ‘just become a sick but responsible person’! 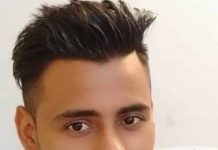