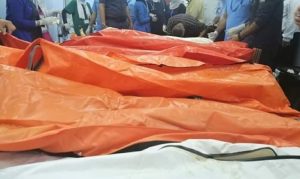 At least 18 people were killed and several others were injured on Thursday when flash floods swept away a group of teachers and students at the hot springs near the Dead Sea,

According to the reports, the private school students and their teachers were caught off guard when sudden torrential rains unleashed a flood surge.

The incident happened when school bus with a group of teachers and students were touring the dead sea.

As per the Officials, the death toll is expected to increase.

According to Israel’s military, it had sent helicopters carrying a rescue team.

Prime Minister of Jordan Omar Razzaz rushed to the scene, to oversee a part of the rescue operation and visited the wounded at an area hospital.