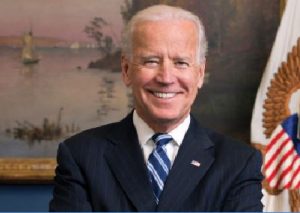 There is something or everything about Joe Biden, the President elect of America, that attracts. There is a certain humbleness to him and he rather too automatically comes across a ‘good man…with the traditional family values’. Also the fact he didn’t let any of the personal tragedies get him down. Perhaps, a good- hearted man equipped with exceptional emotional strength, he could take on personal sorrows, which the ordinary couldn’t have managed to go through.

No to be overlooked the fact that he had lost his first wife, Neilia, and also their baby daughter Naomi, and in a car accident which shattered his life. His two young sons, Hunter and Beau, survived that accident though both were seriously injured.

Tragedies continued for Joe Biden as many years later, Beau, who followed in the public-service footsteps of his father by becoming attorney general of Delaware, passed away from brain cancer in 2015. After losing his son to cancer he became determined to focus on cancer research, heading up the Cancer Moonshot program of the Obama administration.

In fact, the more I’m reading about challenges that Joe Biden faced and personal tragedies that came his way, I’m left amazed at his survival skills or call it that exceptional emotional strength. Each destined turn was met with great fortitude and strength, which only the extraordinarily brave and truly courageous can manage.

In any given sphere, particularly in politics, a person’s personal life is very significant. Not to be overlooked the fact that how the person deals with the personal struggles and pains are pointers and relays to his personality and how he’d deal with the masses… Going by Joe Biden’s life and the destined turns he had to face and how he dealt with each one of those tragedies, goes to relay that he will be there for his people …He will, perhaps, try his utmost to settle the turbulence that the nation and its people been through. Hopefully he would also try to settle the turbulence hitting the world at large.

And as the saffron flowers bloom in the Kashmir Valley’s Pampore, I am sitting reading this lovely folk song, tucked in the pages of historian G.M.D Sufi’s two volumes- Kashir- Being
A History of Kashmir .From the Earliest Times To Our Own (Capital publishing House):

To thee I devote my all, O saffron flower /

Like a burning dost thou look in moon-lit night/

Who had given thee scent,O saffron flower!/

Just would I give thee a sweet embrace./

Towards Pampor flew away my Love/

The saffron flowers confined him in sweet embrace:

Let us go to Pampor,O maiden

When blooms the saffron,

It makes my heart throb

When blooms the saffron.”