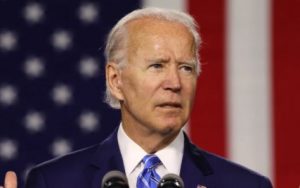 Democrat Joe Biden on Saturday defeated incumbent President Donald Trump and is now projected to become the new US President, as per AP tally. He will be the 46th President of the country. Biden defeated Donald Trump in the presidential election with over 270 electoral college votes with a win in Pennsylvania.

After his victory in Pennsylvania, Biden in a tweet said, “America, I’m honored that you have chosen me to lead our great country. The work ahead of us will be hard, but I promise you this: I will be a President for all Americans — whether you voted for me or not. I will keep the faith that you have placed in me.”

Joe Biden’s full name is Joseph Robinette Biden Jr. He was born in 1942 in Scranton, Pennsylvania. Biden studied law at Syracuse University. He was elected a councilor in 1970 from New Castle County. He served as Vice President twice during Obama’s tenure from 2008 to 2016.