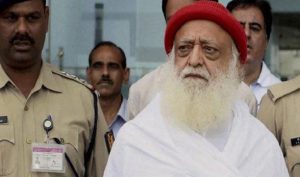 He is serving a life term sentence in the Jodhpur central jail for raping a minor girl.

The Rajasthan Police had arrested Asaram Bapu in August 2013 for allegedly raping a 16-year-old girl at his ashram. The verdict was delivered inside the premises of Jodhpur Central Jail, where Asaram was lodged, reports said.

The victim, who was a student at Asaram’s ashram when the incident took place, had accused the self-styled godman of raping her at his Jodhpur ashram. The minor girl and her family members had registered a case against Asaram with the Delhi Police, but the case was later handed over to the Jodhpur Police.