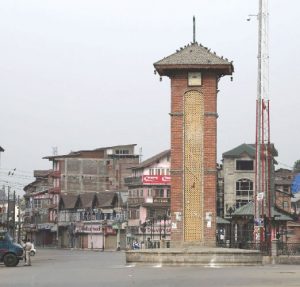 A Right to Information (RTI) enquiry has revealed that the Legislature of UT of J&K won’t be a part of the Electoral College for election of president, because article 54 of the Constitution has not been amended.

We have in our possession a copy of response given by Election Commission of India to an RTI activist, Subham Khatri, a student of Political Science at the Ashoka University. The applicant had sought information (1) list of states/union territories Legislative Assemblies which are part of Electrical College for Election of the President of India; (2) whether or not Legislative Assembly of Union Territory of Jammu and Kashmir is part of Electoral College for election of President of India.

The Election Commission of India vide reference number 4/ECI/LWET/FUNC/RTI/BIEN/2020 on 19th March, 2020 under the signature of Prafull Awasthi, under secretary and CPIO informed the applicant to refer to Article 54 of the Constitution of India.

Khatri says that the reply of Election commission is vague as usual but this too implicitly proves the point.

Explanation: In this Article and in Article 55, “State” includes the National Capital Territory of Delhi and the Union Territory of Pondicherry.

In fact the Legislative Department of the Ministry of Law and Justice had clarified in Statement of Objects and Reasons appended to the Constitution Amendment Bill that “at present Article 54 related to the election of the President provides for an Electoral College consisting of only the elected members of the Parliament as well as he State Assemblies of the States (not union territories).

Similarly, Article 55 providing for manner of such election also speaks of Legislative Assemblies of States. Accordingly an explanation is sought to be inserted in Article 54 to provide that reference to States in Articles 54 and 55 would include the National Capital Territory of Delhi and Union Territory of Pondicherry for constituting the Electoral College for election of the President.

Why Legislative Assembly of the Union Territory of Jammu and Kashmir is not part of the Electoral College for the election of President of India raises questions? Is it simply because the government does not have numbers to do so because Article 368 of the Constitution clearly mentions that for amending Article 54, two third majority in Parliament along with the ratification of more than 50 per cent states is required as was done in case of Constitutional amendment act in 1992 to make Delhi and Pondicherry as part of electoral college?