Jammu and Kashmir State Investigation Agency (SIA) on Suday conducted raids in the national capital region on Sunday in connection with a terror funding case, officials said. This is the first time the newly constituted agency has carried out an operation outside Jammu and Kashmir.

The teams were assisted by the Delhi Police and other security agencies.

SIA teams carried out the searches at Faridabad in Haryana and two in Anantnag of south Kashmir.

Among the people who were raided were some lawyers who allegedly received funds from a Pakistan-based conduit of the banned Lashkar-e-Taiba terror group to sustain militant and secessionist networks in J&K and other parts of the country.

The Lashkar-e-Taiba was raising funds and sending to India in a manner that had visible elements of a criminal conspiracy to sustain secessionist networks, their programmes and activities, according to the officials. .

Three people in Delhi, one person in Faridabad, and two people in Anantnag have been identified through technical evidence and banking transactions.

These searches resulted in the recovery and seizure of incriminating materials such as digital devices, SIM cards, mobile phones, and documents. 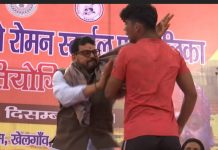 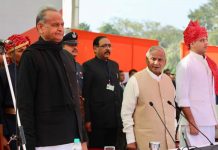