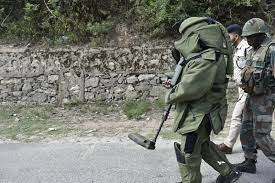 Jammu and Kashmir Police averted a “major terror incident” by recovering in time an IED weighing about 10-12 kg, at the Beihgund area of Tral in the south Kashmir district.

“On a specific input of police, an IED, approx 10-12 Kgm has been recovered in Beihgund area of #Tral. Police and Army are on the job to destroy it in situ. A major #terror incident averted,” Kashmir Zone Police said on Twitter.

The militants have escalated their attacks on minorities and outsiders in recent past. A few days ago, one more Kashmiri Pandit identified as Sunil Kumar was killed and his brother Pintu Kumar was injured after they were fired at by militants in the Shopian district.

Last week, security forces killed two militants after they mounted an attack on an army camp in the border district of Rajouri in Jammu and Kashmir. Three Army personnel also lost their lives and two others were injured.

Attacks like these go alongside the targeted killings of policemen and migrant labourers.

The surge in violence has come despite the fact that the number of militants has dwindled to under 200 over the last year. 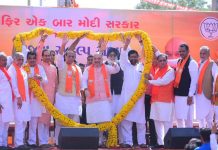