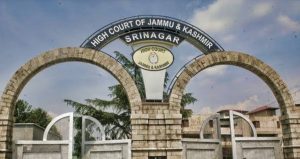 Taking a suo motu cognizance of the  reports about the rape case of a three-year-old girl,  J&K High Court Wednesday directed Inspector General of Police to file a status report by Friday.

A division bench of Chief Justice Gita Mittal and Justice Tashi Rabstan, directed the IGP  SP Pain to file a status report about the investigations before 10 am on Friday.

The rape of the three-year-old girl by her neighbour, touched off widespread outrage and protests against the incident. People stopped traffic an various roads to express their anger.

Kashmir has already observed a shutdown against the crime. The politicians, civil society groups have demanded  exemplary punishment for the rapist.