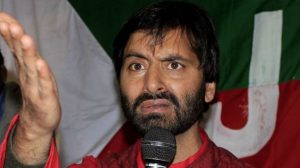 Separatist grouping Hurriyat Conference has called for a shutdown in Kashmir on Tuesday against “ill-treatment meted-out to the ailing and incarcerated JKLF chairman Muhammad Yasin Malik by National Investigation Agency in New Delhi.

In a statement issued here today, the Hurriyat  said the shutdown would also be observed against the “ongoing aggression of the NIA and Enfocement Directorate against Kashmiri resistance leaders, activists, senior businessmen, trade union leaders, kith and kin of resistance leaders and other people from different walks of like”.

The highhandedness of the NIA, Hurriyat  said, has forced Malik to go on a hunger strike. The statement added that the “life of ailing Yasin Malik who is admitted at RML Hospital Delhi is in danger and rulers and their agencies are busy in playing with his life”. 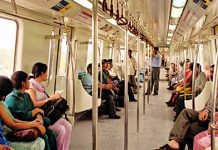 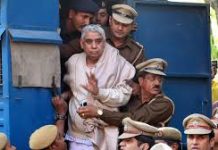