With the killing of the three militants – identified as Suhaib Farooq Akhoon, Mohsin Mushtaq Bhat and Nasir Ahmad Darzi – on Wednesday at Benar, the J&K Police has declared the North Kashmir district of Baramulla free of militancy.

“Following the killing of three local militants, Baramulla has become first police district of Kashmir with no surviving militant as on date. J&K Police extends its thanks to the local population for all their support in providing a better security environment in the district,” the police said in a handout.
Unlike four South Kashmir districts which boast around 150 militants Baramulla district had fewer militants. The last three militants hailed from the Baramulla town which remained shut on two days to mourn their killings.
Only district in North Kashmir with largest concentration of the militants is Kupwara. According to a police estimate, the number of militants in the district is comparable to South Kashmir. However, unlike South Kashmir, most of these militants are foreigners. 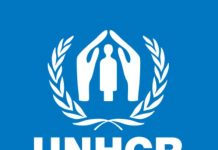