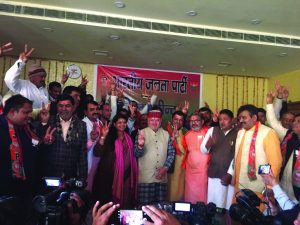 The victory of Bhartiya Janata Party in the Jind assembly bypoll ahead of 2019 general elections has not only galvanized the confidence of the BJP’s Haryana cadre but also set the tone for the forthcoming general elections. The victory margin of 12,935 votes in a fiercely contested three cornered election is a wake-up call for the rival parties. For the first time, Bhartiya Janata Party has secured a victory from a constituency considered to be a bastion of Indian National Lok Dal. There were 21 contestants in the fray, including two women candidates.

The result of this bypoll was crucial and keenly awaited by all political parties after the drubbing of BJP in the Hindi heartland, in the states of Rajasthan, Madhya Pradesh and Chattisgarh. BJP candidate Krishan Midha received 50,578 votes out of the total ballot cast of 1,30,859.

As assembly and general elections are to be held in Haryana in this year, the bypoll was a dress rehearsal for the major political parties in the state. An analysis of the outcome of the result shows that BJP secured close to 38.65 per cent of the total votes cast, followed by 28.76 per cent of JJP and 17.38 percent of Congress.

The family feud in Indian National Lok Dal and formation of Jannayak Janata Party by Ajay Chautala who is currently serving a sentence Tihar is assumed to be a major political development  that divided the Jat votes. A surprising development here was the swing of the rural voters towards Bhartiya Janata Party.

Despite an aggressive campaigning by Congress about the non-performance of BJP in last four and a half years and neglect of Jind in even providing basic amenities, sewerage and roads to the people of this constituency, voters probably want to give another chance to BJP in Haryana.

Congress fielded a strong candidate like Randeep Singh Surjewala, who is a national Chief spokesperson of the party, an MLA from Kaithal and a former minister in Haryana. The intra-party politics may also have contributed to the loss to Surjewala, surmise experts.

Om Prakash Chautala’s grandson, Digvijay Chautala finishing second with close to 29 per cent of total votes polled and leaving behind the star candidate of Congress with a sizeable number of ballots is an indicator of the inclination of the young voters towards the young candidates who connect well to the masses.

BJP’s victory in the bypolls has reinforced the party’s stature in Haryana after its conquest in five municipal corporations- Yamunanagar, Panipat, Rohtak, Karnal and Hisar, where its candidates in local bodies elections secured Mayoral seats defeating rivals backed by Congress and INLD-BSP combine.

Haryana Chief Minister, Mr Manohar Lal, interacting with media said the comprehensive victory of BJP in the by-election to Jind Assembly Constituency is a clear indication of increasing faith of people in the present State Government’s transparent and graft-free governance and uniform development policy.

But the evidence portrays a different picture. This agriculturally developed district has no food processing units, no industrial cluster and limited connectivity. Jind has hatcheries producing best quality chicks and is known for its best quality Murrah buffaloes. Unfortunately, no political party paid any attention to the progress of Jind. An important centre for mobilisation of voters (as political rallies are often organised here), Jind is waiting for the leader, who would make honest efforts to uplift this neglected constituency. 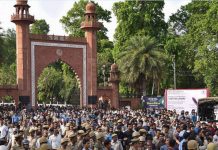 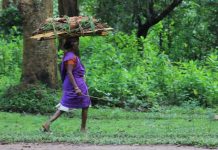