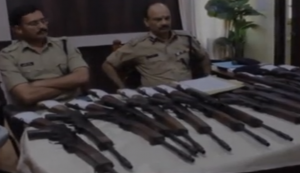 Security personnel have recovered 16 firearms, including two that were burgled from the police, in Jharkhand’s Latehar district.

Security personnel on September 30, launched a search operation in which they recovered firearms, hidden in the bushes of the Budi Sakhua jungle in Balumath, senior police told reporters.

Latehar Superintendent of Police had constituted a team to seize the arms after getting specific information, Palamu district Deputy Inspector General (DIG) said.

The firearms belonged to ultra-outfit Trutiya Prastuti Committee (TPC) leaders Akraman and Gulshan. Of the recovered arms, two were 303 regular rifles, burgled from police, one was of 315 bore, while 13 were 9-mm rifles, DIG said.

The squad of ultra-outfit has suffered a setback following the recovery of the firearms, the DIG claimed.

The policemen involved in the search operation would be rewarded, he added. 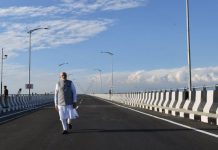 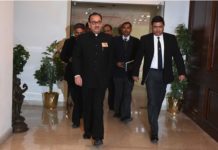 Sordid drama at CBI adds to its ‘caged parrot’ image