At least five policemen were shot dead by Maoists on Friday in Saraikela district of Jharkhand.

The attack took place today evening when the policemen were patrolling in the area.

The Maoists also looted the weapons of the policemen and ran away with them, sources said.

According to the officials, the five police personnel—two assistant sub-inspectors and three constables came under attack by Maoists and were shot dead.

Further investigation into the matter is underway.

Jharkhand Chief Minister Raghubar Das has condemned the Maoist attack and said that the sacrifice of the policemen won’t go in vain.

“In this moment of grief, the government and the people of Jharkhand stand with the families of those killed,” he added. 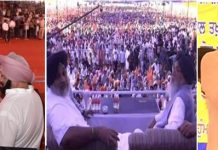