Voting began on Monday for the fourth of the five-phase polling in 15 assembly constituencies of Jharkhand.

The voting began at 7 am, amidst a tight security arrangement.

Prime Minister Narendra Modi in a tweet said, “Polling for the fourth round in the Jharkhand Assembly elections today. I request all voters to cast their vote and become a part of this sacred festival of democracy.”

Of the total 81 Assembly seats, polling has been held for 50 in the first three phases. The fifth and final phase of polling for 16 seats will be held on December 20.

The assembly elections which is spread over 5 phases began on November 30 and will end on December 20. The counting of votes is scheduled on December 23. 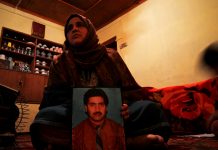