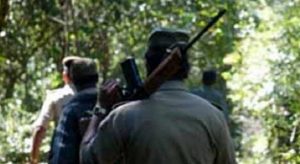 As many as eleven security personnel were injured in an improvised explosive device (IED) blast by Maoists in Jharkhand in the early hours of Tuesday.

An IED was exploded at around 5 am in a forest in Kuchai area of Saraikela, injuring eight men of the 209 Commando Battalion for Resolute Action (CoBRA) battalion and three of the Jharkhand police.

A joint team of the 209 CoBRA battalion and Jharkhand police personnel were out on a special operation.

According to officials, the IED is suspected to have been buried under the dirt track.

The injured security personnel were airlifted to Ranchi for further treatment

An investigation is underway.