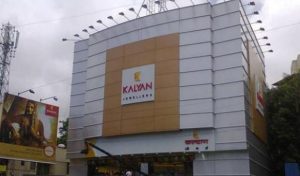 In a brazen daylight heist, a gang managed to rob a vehicle of jewellery worth Rs 98.05 lakh of Kerala based Kalyan jewellers.

According to the reports, the vehicle carrying about 3,107 grams of gold and 200 grams of silver jewellery was robbed in the morning around 11.30 am on January 7 on a highway near Chavadi.

When the vehicle with jewels reached near a petrol pump at Chavadi Kakkachavadi, it was intercepted by the robbers who forcibly evicted the drivers and drove away.

Sources said, a group of miscreants tailing the company’s vehicle in which the jewellery was being transported.

The company in its complaint, claimed that the truck was carrying jewellery from Thrissur to Coimbatore when the incident took place.

A complaint was lodged with the police in both Kerala (Palakkad) and Chavadi in Tamil Nadu.