A passenger on bound Jet Airways flight on Monday was deplaned and taken into custody at the Kolkata airport after he allegedly made a post from inside the aircraft saying he was a terrorist.

According to an Airport official, a co-passenger noticed Yogvedanta Poddar chat conversation and complained to the cabin crew. Later, Poddar was deboarded and handed over to the Central Industrial Security Force (CISF).

“While he was on board he covered his face and started chatting with his friend. He wrote ‘Terrorist on flight, I destroy women hearts,’ which was noticed by one of the passengers on board. A senior security official said.

“The co-passenger immediately informed the same to the captain of the flight. The captain passed the message to airline security and the passenger was detained by Jet Airways security,” the source said.

Poddar, a resident of Kolkata, was arrested and handed over to the police.

The jet flight with 160 passengers and seven crew members took off after a delay of over an hour. 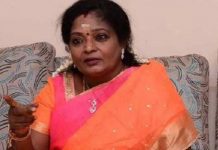