A Jaish-e-Mohammed (JeM) terrorist was arrested at village Satura in Jammu and Kashmir’s Tral area, officials said on Wednesday.

The arrest was made on late Tuesday evening, officials added.

A joint team of police and security forces apprehended the terrorist at the Satura crossing when he was found under suspicious circumstances.

Jammu and Kashmir (J&K) police in a tweet said, “A JeM terrorist was arrested at village #Satura of #Tral area late last evening. The joint team of #police and security forces apprehended the terrorist at #Satura crossing.” 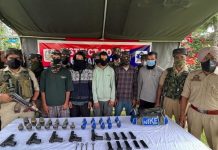 Concern over weaponry from Af making its way into valley 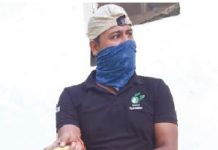