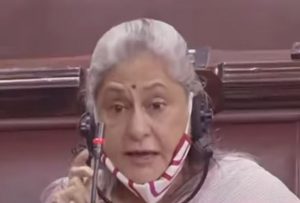 The case of drug use in Bollywood was echoed in the Rajya Sabha on Tuesday. Veteran film actress and Samajwadi Party MP Jaya Bachchan targeted BJP MP and actor Ravi Kishan and actress Kangana Ranaut in the Rajya Sabha without naming them. Jaya said, “Because of some people, you cannot tarnish the image of the entire industry.” Jaya comments come after Ravi Kishan in Lok Sabha on Monday said that Bollywood is also a victim of drug addiction and NCB is doing a very good job.

Targetting Ravi Kishan’s statement, Jaya said, “The film industry is being maligned on social media. Because of some people, you cannot tarnish the image of the entire industry. I felt very bad yesterday when a member of the Lok Sabha (Ravi Kishan), who belongs to the industry himself, I will not name him, spoke poorly about the film industry.”

On Monday, BJP MP Ravi Kishan from Gorakhpur had said that “Bollywood is also a victim of drug addiction. The smuggling of drugs and its use by youth has emerged as a new challenge before our country. The drugs are spread all over the country through Punjab and Nepal under the China and Pakistan conspiracy to wander the youth. I would request the Central Government to hold the culprits at the earliest and punish them severely so that the conspiracy of the neighbouring countries can be ended.”

NCB is currently investigating the drugs connection to Bollywood, which was started after the death of actor Sushant Singh Rajput. This investigation is currently going on around the people of Bollywood.

Jaya Bachchan has also targeted Kangana Ranaut in the Rajya Sabha without naming her. Jaya said, “People who earned a name from the film industry are calling it a gutter. I do not agree with this at all. There is an appeal to the government to tell such people not to use such language. The entertainment industry directly employs 5 lakh people every day. At a time when the economy is in a very bad condition, we (Bollywood) are being targeted on social media to divert the attention of the people.” 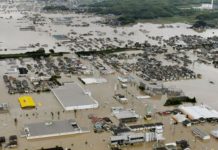