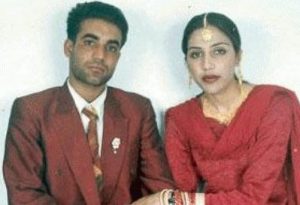 Two prime accused in the murder case of Canadian-born Jassi Sidhu have been extradited to India and the police have taken the custody of Malkit Kaur Sidhu and Surjit Singh Badesha from Canadian Police at the New Delhi airport.

Malkiat is the mother of Jassi while Badesha is her maternal uncle.

The victim, Jassi also known as Jaswinder Sidhu was murdered in Punjab in June 2000 during a visit to India, allegedly at the behest of her relatives who were upset that she got married to a boy from a lower caste.

The victim, Jassi also known as Jaswinder Sidhu was murdered in Punjab in June 2000 by contract killers who allegedly attacked the couple in which Mithu survived.

According to the police official, “Surjit Badesha and his sister Malkit Sidhu had hired contract killers to eliminate Malkit’s daughter Jassi.”

Punjab Police investigations had confirmed that it was an “honour-killing” plotted by Malkit and Badesha .

Based on evidence, India formally requested Canada in 2005 to extradite Badesha and Malkit Sidhu to face trial.

In September 2017, the Punjab Police had tried to extradite the two, but they succeeded in stalling their extradition.

Voting underway for second phase of DDC elections in Jammu and...