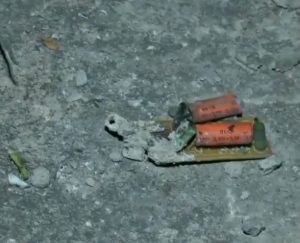 A bomb blast ripped through a bus stand on Friday night in Jammu.

No casualties or injuries have been reported so far in the incident.

Preliminary investigation revealed that the bomb was placed close to a load carrier which had suffered damage.

According to the reports, the security has been beefed up in the area.