Two terrorists on Sunday killed in an encounter with security forces in Shopian district of Jammu and Kashmir, an official said

Security forces launched a cordon and search operation in the area  after receiving specific information about the presence of terrorists there.

As the security forces were conducting the search operations, the terrorists fired upon them, which led to the encounter in which the two terrorists were killed, the official added.

Police have recovered arms and ammunition from the site of the encounter. 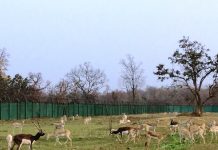 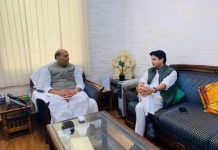