Two terrorists were killed on Thursday morning in an encounter that broke out between terrorists and security forces at Zagoo Arizal area in Budgam district of Jammu and Kashmir.

A search and cordon operation was launched by security forces after receiving a tip off about the presence of at least 2-3 terrorists in the region.

Police have also recovered arms and ammunition and other incriminating materials from the area.

Meanwhile, the search operation at Zagoo Arizal area has been concluded.

On Tuesday, two terrorists were killed in an exchange of gunfire between security forces and terrorists in Pulwama’s Tral town.

The police had also recovered arms and ammunition including M4 and AK 47 rifles and other incriminating materials from the site of the encounter. 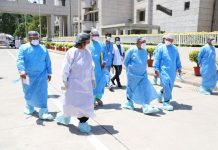 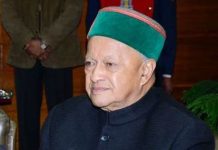 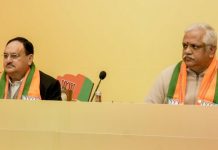 Meeting of BJP officer-bearers has got underway at the party headquarter:...