Three of the five terrorists were killed and a civilian who they had taken hostage in Jammu and Kashmir’s Ramban district was rescued after hours of standoff on Saturday, the police said.

According to the reports, an army jawan also lost his life in the crossfire.

Two encounters were reported from Jammu and Kashmir today morning. The first encounter started in Batote in Ramban district when a group of terrorists tried to stop a passenger bus in Batote region. The driver of the vehicle was alert, did not stop the vehicle and informed the nearest Army post, following which the security forces surrounded the area and launched a search operation.

Then the terrorists exchanged fire with security forces before barging into a house in the Batote area and had taken a civilian as a hostage.

The security forces, including police, Army and CRPF had cordoned off the area.

Jammu and Kashmir police earlier in a tweet said, “A group of 5 terrorists trapped in Batote town of Ramban district of Jammu Zone. Joint parties of Police Army Crpf cordoned the area & exchange of fire ensues. Trapped terrorists had fired on a Security team in morning and tried to escape.”

“After a hot chase the terrorists entered the house of a civilian in Batote town which was immediately cordoned. Senior officers on spot supervising the operation,” police added.

Meanwhile, in another encounter that broke out in Kashmir’s Ganderbal, a terrorist was shot dead by the security forces. 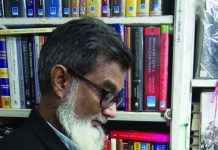 Drinking pure water: a natural way to detoxify your body 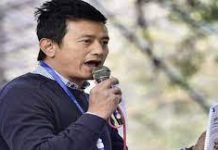