Three militants were killed near the Line of Control (LoC) in Jammu and Kashmir’s Baramulla district.

“The Army claimed to have foiled an infiltration bid by killing three unidentified militants along the LOC in north Kashmir’s Baramulla district,” an army spokesman said on Friday.

The identity and group affiliation of the slain militants could not be known immediately.

The operation was launched by the Army on Thursday morning when they noticed a suspected movement close to the LoC near Tourna, Boniyar forests of Uri sector.

According to the sources, there was an intermittent exchange of fire between a group of militants and the Army personnel.

Sources said, searches are still going on in the area. 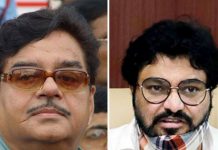