All pilgrims were injured and admitted to a district hospital in Udhampur. The condition of three injured pilgrims was stated to be serious and they are being shifted to the Government Medical College Hospital. Ten of the injured pilgrims belong to Jhansi and surrounding parts of Uttar Pradesh, while three others are from Gwalior in Madhya Pradesh, the official said.

Union Minister of State, Dr Jitendra Singh in a tweet said, “Am in constant touch with D.C. #Udhampur & administration since this morning. All these injured #Amarnath pilgrims are out of danger and admitted to District Hospital. All necessary help being provided. Most of them belong to Jhansi and surrounding parts of U.P,” he added.

According to the officials, the thirteen pilgrims were part of a group carrying a fresh batch of 3,419 pilgrims including 680 women and 201 ‘sadhus’ from the Bhagwati Nagar base camp to Kashmir, to undertake the annual pilgrimage to Amarnath Shrine. 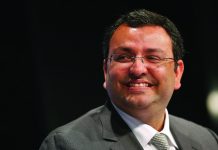