A soldier was injured on Sunday in a gunfight with militants in Kulgam district of Jammu and Kashmir.

The injured soldier was immediately rushed to the hospital, police said.

According to the sources, the security forces launched a cordon and search operation in Laroo village of South Kashmir after receiving inputs about the presence of millitants in the area.

“As the cordon was tightened, the militants fired at the security forces, leading to gunfight. Two to more militants are believed to be hiding inside a house in the area under cordon,” the police added.

Jammu and Kashmir police tweeted, “Cordon and Search Operation which was launched in Laroo Kulgam has turned into an encounter. Details to follow.” 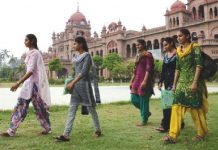