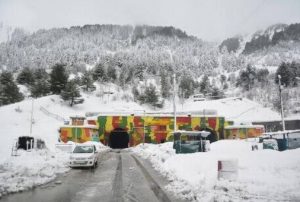 Jammu and Kashmir Police on Friday said that the rescue operation for the trapped people was hindered by strong winds and heavy accumulation of snow on the path have made it difficult for the teams who are trying to reach the site of an avalanche that buried a police post near Jawahar Tunnel in Kulgam district on Thursday evening.

Jammu and Kashmir police tweeted on Thursday, “Avalanche has hit the police post at JT area #Kulgam.Rescue teams on job.”

At least ten people were reported missing after an avalanche hit the police post near the tunnel. The missing people include six policemen, two fire service personnel and two civilians.

Police said, the strategic 300 km-long road remained closed for the third consecutive day on Friday due to heavy snowfall and landslides.

Meanwhile, no traffic was allowed today on the highway due to multiple avalanches in the Bannihal sector and landslides in the Ramsoo-Ramban area. 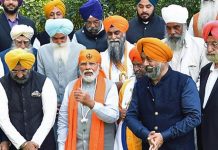