Six people were killed and at least 30 injured when a private bus going towards Srinagar fell into a deep gorge at Chandeh village in Udhampur district of Jammu and Kashmir on Saturday.

As per reports, the accident happened after the driver of the bus lost control over the vehicle which fell down into the gorge.

According to sources, the driver had reportedly taken the interior route in view of the restrictions on the main Jammu-Srinagar national highway due to landslides caused by rain and snow.

The rescue operation was immediately launched and injured were rushed to Government Medical College hospital Jammu for treatment.

As per officials, a few of the injured were stated to be “critical”. 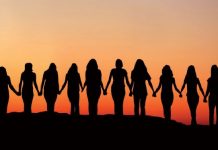