Separatists have called for a shutdown in Kashmir Valley on Monday after seven people were killed following a gunfight in south Kashmir’s Kulgam district on Sunday.

The gunfight resulted in killing of three militants and injuries to two soldiers.

“Kashmir has been turned into a “slaughterhouse” where nobody is safe,” JRL said in a statement.

An unexploded shells and grenades of militants went off killing and injuring several people. They were rushed to a hospital and later succumbed to their injuries.

Separatists groups and locals blame the security forces for the blast.

All schools and colleges in Kashmir will remain closed on Monday. Train services have also been suspended in the Valley.

Former Chief Minister Omar Abdullah expressed grief over deaths in Kulgam and said, “Terrible news coming out from Kulgam. May the deceased find place in Jannat. Alienating the people in the fight against militancy is a sure fire recipe for losing the fight. How long can we go on ignoring the ground realities & living in denial about how bad things are in Kashmir?”

Former Chief Minister and President of the Jammu & Kashmir Peoples Democratic Party, Mehbooba Mufti tweeted, “Extremely saddened by the news of kulgam incident, where civilians were once again caught in the cross fire of violence, thus adding fuel to the already volatile situation. All words of condemnation, condolence sound very hollow at this tragedy.” 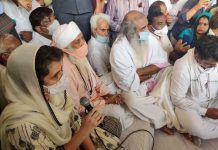 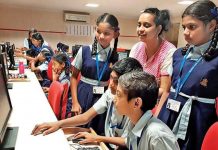