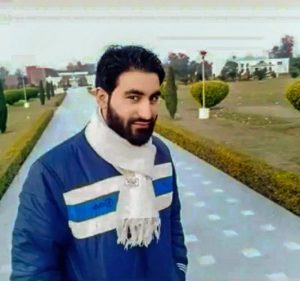 Separatists in Jammu and Kashmir called shutdown on Friday to protest over the killing of a Manan Bashir Wani, a Ph.D scholar-turned-militant commander in a gunfight in Kupwara district.

Militant Wani was a scholar in the Aligarh Muslim University in Uttar Pradesh before joining militancy in January.

He belonged to Lolab area of Kupwara district where hundreds of mourners attended his funeral on Thursday.

Restrictions have been imposed in the district to prevent protests.

Militant Wani and his accomplice Ashiq Zargar, were killed by the security forces on Thursday at Shartgund Qalamabad village during a cordon-and-search operation after getting tip-off about their presence through intelligence inputs.

Businesses, shops and educational institutions remained closed along with other district headquarters of the valley.

Train services between north Kashmir’s Baramulla town and the Bannihal town in Jammu region were also suspended as a precautionary measure.

Police and Central Reserve Police Force (CRPF) were deployed in the old city area and other law and order sensitive places of Kashmir valley.