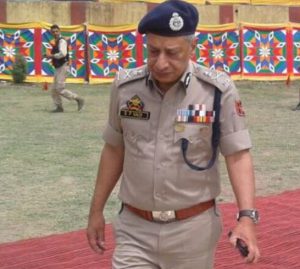 Jammu and Kashmir police chief SP Vaid was unceremoniously removed from his post late on Thursday evening and got posted as a Transport Comissioner.  Vaid was replaced by Dilbagh Singh, the Director General of Prisons on a temporary basis, until a regular appointment is made.

The transfer of Vaid comes in the backdrop of alleged differences between the centre and the police chief after he was divested of crucial administrative powers. The release of a terrorist’s father in exchange for kidnapped family members of the state’s policemen last week was also seen as trigger.

SP Vaid, the 1986-batch IPS officer was appointed as a Director General of Police in December 2016.

Last week, policemen and their relatives were kidnapped by terrorists in south Kashmir. They were set free hours after the police released around a dozen family members of terrorists, including the father of Hizbul Mujahideen “commander” Riaz Naikoo.

According to the Sources, serious differences cropped up between Vaid and Governor’s administration after the officer was divested of powers to make certain administrative decisions and authority was accorded to ADG Law and Order Munir Khan. Vaid lodged a strong protest with state government and Union Home Secretary.

Today, the former chief took to his Twitter account and thanked God and the people of the country for their support.

“I’m thankful to God that he gave me the opportunity to serve my people and my country. I’m grateful to @JmuKmrPolice security agencies, and people of J&K for their support and their faith in me. My best wishes to the new DGP”, Vaid tweeted. 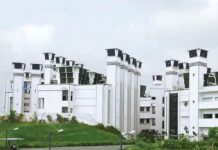