A PhD scholar turned militant Manan Bashir Wani was among two Kashmiri militants killed by security forces in a gun battle on Thursday in Jammu and Kashmir’s Kupwara district.

According to the officials, the gun fight broke out after the Army’s 30 Rashtriya Rifles, J&K police’s counterinsurgency Special Operations Group (SOG) and the Central Reserve Police Force (CRPF) launched cordon and search operation at Shartgund Qalamabad village, following an input about the presence of two to three militants in the area.

“A cordon-and-search operation was launched in Shartgund Qalamabad late Wednesday night after getting tip-off about the presence of militants through intelligence inputs. The militants opened fire at the security forces and the intermittent firing between the two sides continued through Thursday,” a police official said.

He added that militant Wani and his accomplice were killed in the final assault by the security forces shortly before Noon on Thursday.

Manan Bashir Wani, a resident of Kupwara was pursuing higher studies at Aligarh Muslim University and had joined militancy in January. He was trapped in the cordon along with another Kashmiri militant and died, police said.

President of Jammu and Kashmir Peoples Democratic Party (PDP) Mehbooba Mufti expressed grief over the incident and said, “Today a PhD scholar chose death over life & was killed in an encounter. His death is entirely our loss as we are losing young educated boys everyday.” 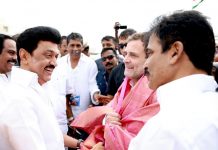