A terrorist has been killed in an overnight encounter with security forces in Sopore area of Jammu and Kashmir’s Baramulla district, a police official said on Wednesday.

A cordon and search operation was launched by security forces on Tuesday evening following specific information about the presence of terrorists in the area, the official said.

As the cordon was tightened around the hiding terrorists, they fired upon security forces triggering an encounter in which one terrorist was killed.

Meanwhile, mobile internet services have been suspended in the area as a precautionary measure. 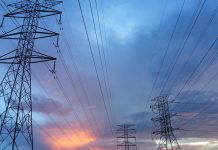