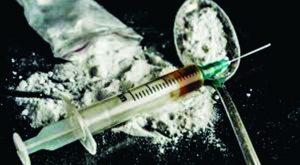 The Jammu Narcotics Control Bureau (NCB), on Tuesday, seized around 22 kgs of heroin worth Rs. 100 crore and arrested four people in Jammu and Kashmir’s Kathua district.

NCB also recovered cash of over Rs 17 lakh from their possession.

The banned drugs were reportedly being transported to Punjab region through Jammu and Kashmir.

According to Zonal Director of NCB Jammu, Virender Yadav, “three youth hailing from Kashmir and one from Punjab have been arrested in connection with drug smuggling case and 22.145 Kg of Heroin worth Rs 100 crore has been seized from Kathua’s Palli Morh area.”

Further investigation is going on in the case.