A militant was killed on Friday in a gunfight with the security in Awantipora area of Pulwama district of Jammu and Kashmir.

“An encounter broke out between militants and security forces after a cordon and search operation was launched in Awantipora area of south Kashmir on Friday morning following specific inputs about the presence of militants in that area,” a police official said.

The search operation turned into an encounter after the militants fired upon the security forces, who retaliated. 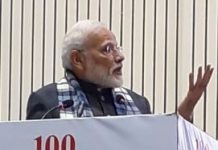 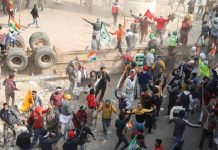