A Lashkar-e-Taiba (LeT) militant was killed in a gunfight with the police in Anantnag district of Jammu and Kashmir.

According to the authorities, an unidentified number of militants attacked a police post in Achabal area on Friday night following which there was a brief gunfight.

Sources says, Police had recovered weapon from the victim who has been identified as Bilal Ahmad a resident of Tantraypora Yaripora of the neighbouring Kulgam district.

A policeman also got injured in the incident and was shifted to a hospital for medical treatment, where his condition is stated to be stable.

According to the police, Bilal had joined the LeT outfit three months ago. He was involved in a number of terrorist attacks on the security forces and civilian atrocities in the area. 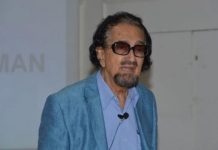