Security was beefed up on Sunday across Jammu and Kashmir for the smooth conduct of municipal polls in the Kashmir Valley slated to begin from Monday, police said.

Four-hundred additional companies of central paramilitary forces have also arrived in the state.

Many check-points have been placed in the city, vehicles which are entering in the city are being thoroughly checked. Sniffer dogs are also being used to check vehicles to avoid any untoward incident, an official said.

All contesting candidates have been lodged in secured locations and some have been given a security.

According to an official, deployment of forces has been worked out and sensitive areas have been taken care of.

“Areas around the polling booths have been sanitized to ensure free and fair polling on Monday,” official said.

Municipal elections will be held on Monday across Jammu and Kashmir. The major focus of the security forces is to ensure the security of voters and smooth functioning of elections without any hurdle. 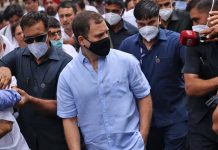 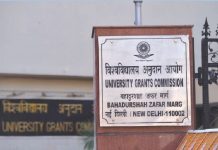