Governor Satya Pal Malik on Wednesday talked about a threat of transfer, that he may be shifted out of Jammu and Kashmir (J&K) following his remarks that centre wanted to see Peoples Conference leader Sajad Lone as Chief Minister of J&K.

Speaking at a function to mark the death anniversary of senior Congress leader Girdhari Lal Dogra, Malik said, “As long as I am here, I’m here. It is not in my hands. I will not lose my job but the threat of transfer is there.”

Malik publicly admitted on Saturday in Gwalior that had he looked for directions from Delhi on how to tackle the political crisis in J&K, he would have had to install BJP-backed Sajad Lone as the Chief Minister.

However, he did not want to do that, Malik said.

Following the remarks, Raj Bhavan Spokesperson clarified that J&K Governor, while taking the decision to dissolve the Legislative Assembly, acted in an objective and impartial manner.

“There was no pressure or any kind of intervention from the Centre in the whole matter and some news channels are misinterpreting Governor’s statement and putting them out of context to convey that there was pressure from the Central Government,” the statement said. 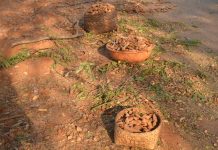