An encounter broke out on Tuesday between security forces and terrorists in Jammu and Kashmir’s Shopian district.

According to the officials, a brief exchange of fire took place between security forces and terrorists at Batmuran in Shopian.

As per the reports, the exchange of fire is currently underway.

On May 12, two terrorists were gunned down by security forces in Shopian district. 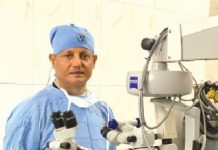