An encounter broke out on Sunday morning between security forces and terrorists in Tral area of Jammu and Kashmir.

Security forces launched a cordon and search operation on the basis of specific information about the presence of terrorists.

As the cordon was tightened the terrorists started firing which triggered the ongoing gunfight.

According to the reports, two to three terrorists are believed to be trapped in the area. 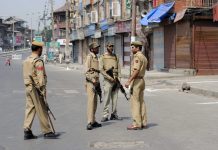 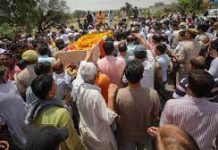