At least eight Central Reserve Police Force (CRPF) personnel were injured on Thursday afternoon in a major explosion at Awantipora in Jammu and Kashmir’s Pulwama district.

Initial reports suggested that improvised explosive device (IED) was the cause of the explosion at Goripora area.

Moreover, gunshots were reported from the scene after the blast occurred, sources said.

Alleged use of common syringe infects 21 with HIV in UP 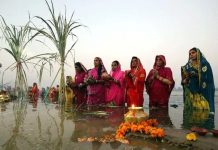